This app generates a pen-and-paper gamebook, like the old Fighting Fantasy or Lone Wolf series.

In some browsers the embedded version might generate errors. If this happens to you, try downloading the download version (below) and running that. It is identical code, but apparently will not generate these same errors.

Differences Between this Demo and the Intended Product

The finished product should include more possibilities than this demo.

The finished product will generate a pdf. This demo only prints the text as a html page.

Other changes will be based on your feedback.

It took me longer than I thought, but I finally got around to playing through this again.

I read through it only once so far, but just having a reason to be in the city and getting to the end goal made it a lot more compelling than the old version. Makes all the random events more cohesive, too, rather than them being a random series of events, like in the old version.

I also saw a lot of new events.

Can anyone suggest a place where I might promote this project, in the hope of getting some more followers?

I've updated the game, based on feedback I've received here and elsewhere.

I'd like to know what I should do next.

Add other possible reasons for being in the city?

Work on wilderness or dungeon adventures?

I played through a few of them. They are all kinda the same, which is to be expected with procedural generation, so I don't see that as a negative. It was weird at first that there were no coded stats and items, but your goal is to generate PDFs, so this is also acceptable.

My biggest gripe is that there is no plot to any of them. Sometimes "the intended route" is mentioned, but I have no idea what my intended route is or why I'm in the city at all. All the main stuff is just a series of markets and crossroads until the player wins, with a string of random events thrown in. Again, I can see why there is no plot and just a bunch of random events instead, but I can't say I liked any of them. Also, too many sudden deaths/fails for no reason and with no warning.

I also found an infinite loop in one of them.

Generally speaking, I like the idea of it. Needs some work, but you're onto something here. If you mproved the random events, it'd be much better.

Edit: To clarify, a potentially infinite loop. I don't remember whether it depends  on the player choice only or there is some randomness involved.

Thanks for your feedback.

What is an example of how a game like this could have more plot?

The only loop that should be in the game is when some people demand a toll to let you pass--you can potentially end up running away from them, failing to find a route, and having to go back. So if it was something other than that, let me know.

Once again, thanks for your feedback.

Well, I don't think you could put much plot into something like this and keep the infinite cornucopia of adventures aspect. Maybe you could add a passage that's an intro where the player's reasons for being in the city and their goal are explained. Then, generate the ending passage based on the intro, instead of a simple player wins message. I don't see how else you could add more plot without diminishing the infinite aspect. The plot is just another victim of procedural generation.

Now, I was about to explain the loop and remembered. It works as a loop only if the player forgets what choice they picked when they get represented with the same choice again and accidentaly pick the same option. Otherwise it loops only once and you can proceed normally after the encounter. Sorry about that. My mistake. I just wasn't thinking properly.

OK. Thanks. I'll try to come up with some plot stuff--perhaps mission-specific encounters--if there's enough interest in this project. 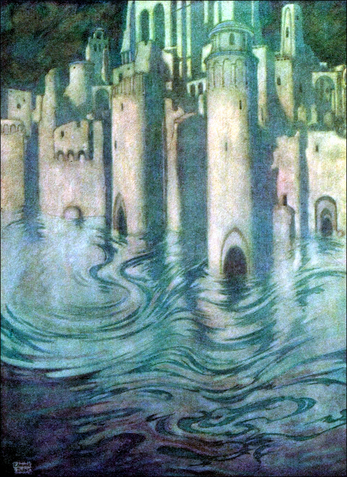